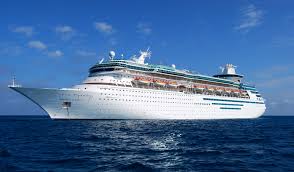 As part of the MOD transparency data released today it shows that during the Month of June the MOD spent over £7.5m through the use of Government Purchasing Cards. The total number of transactions for the month was 3214 with the top 20 representing £1.45m or approximately 20% of the total spend and ranges from £35k to £88k, a further 41 transactions account for £587k.

This clearly shows that GPC’s are in the majority of cases being utilised correctly for low value purchases where the transactional costs of a formal; purchase order route with all that that entails would not provide value for money.

However it does still open the question as to the purposes of the spending, as the released report provides general headings for the MERCHANT CATEGORY DESC, which can be misleading. It should be correctly assumed that a large proportion of this spend would be on Travel and Subsistence costs, after all there are a huge number of personnel who need to attend conferences, meetings and other events on a global basis. What is perhaps surprising is that one category is entitled Cruise Lines and during June 2016 there were a total of 242 separate transactions and a total spending of just over £226k. There is no doubt a valid reason for this and I am sure that it is not what it first appears, but in these times of reducing spending on essentials it certainly does not portray a frugal Government.