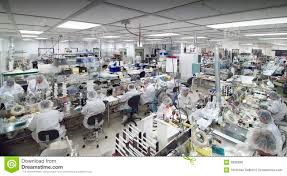 Released today the CIPS PMI (Purchasing Managers’ Index), for manufacturing rose to 53.3 in August from July’s figure of 48.3. This one month increase is the joint largest in the survey’s 25-year history. Supporting this positive news is last week’s survey by the CBI which showed that export sales were increasing at the fastest rate for two years.

The Sterling exchange rate is seen as highly influential in this in this change as UK exports become cheaper, however the increased cost of imported materials will have a negative impact on margins.

Next week’s release of the PMI survey for the Services sector, which is much larger, will be of interest as if this too is positive then the decision by the BOE to cut interest rates to 0.25% might appear imprudent as it was in part based on the July figures. These were likely to be less reliable due to the immediacy of the Brexit result and therefore perceived impact being reported.

Recent growth in consumer spending and having a stable employment rate, (July figures show a further reduction in jobless benefit claimants by 8600 to 763,600), are also indicators that the initial reactions to the exit vote may not reflect the real position.

The UK has a long way to go over the next few years in establishing its place in the international market; however UK businesses in all sectors can lead this by continuing and growing export markets, and advising government on the nature of the trading relationships it requires to do business. Unfortunately the reported outcome of yesterday’s   “Chequers summit” only goes to show that a clear strategy and plan for renegotiation is outside the experience of most in Government and current civil service.