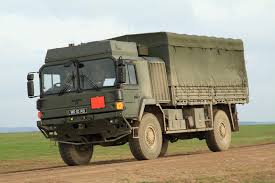 The UK MOD has today issued a contract notice for a Framework agreement for post warranty repair and maintenance services for its fleet of Man Trucks based in Germany. The original purchase of these vehicles in 2004 (estimated value £1Bn), was met with controversy for failing to secure the work in the UK through a consortium led by LDV, the other main bidder was Oshkosk.

The current Contract Notice specifies the timescales of service as a four year framework worth £2.1m and 3 optional one year extensions of £938k. The deadline for the receipt of tenders, or requests to participate is 11th October 2016.

By experience competing, down selecting and finally negotiating contract terms for a contract such as this, is not a quick process and is likely to take up to a year. If this is the case then we would not see the contract award before the end of 2017 at best.

On the basis that the current withdrawal plans for the UK army are that, 11,000 soldiers will leave Germany by 2016, and the remaining 4,500 will come home in 2019, does this mean the support contract will migrate to the UK, which will have a far different required makeup than if completed in Germany. Or is there the possibility that the contract requirement has not fully taken into account the withdrawal timescales.